The Olympus Trip series of cameras is one that’s been featured on this page alone at least twice already with appearances from my custom trip 35, and… END_OF_DOCUMENT_TOKEN_TO_BE_REPLACED

In November our course visited London on a 3 day trip. During our three days we visited various landmarks and galleries.

We travelled to london by coach from Cardiff. A few hours trip, and we were in Victoria coach station.
Upon arrival in London we had to use the tube to get ourselves to Willesden Green where our hostel was located.

After dropping our things off and getting settled we caught a bus into the city and had a night time walk. We visited parlament and Big Ben, Trafalgar Square and Nelsons column. This was bery exciting to me as I’ve never really seen London as a “tourist”. 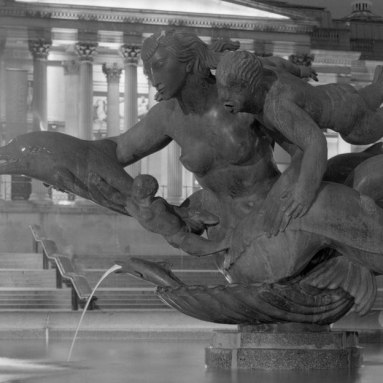 Once we got back we were all quite worn out. So we just took the remainder of the evening to relax in the hostel.

A 9am start at the hostel got us up in time to visit two galleries. The National Portrait Gallery, the Photographers’ Gallery, and the Victoria & Albert Museum. 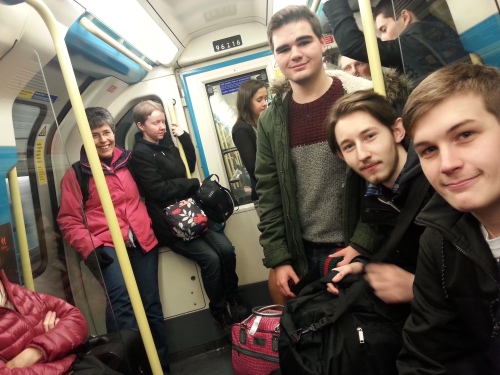 The first place we visited was the national portrait gallery. We saw an exhibition called the Taylor Wessing Photographic Portrait Prize, in which the work of many contemporary portrait photographers were displayed.
The show hosted portraits of a variety of subjects. my favourite images were by Rosie Hallam and Erik Almás.
While I was there I even bought myself a notebook from the giftshop. 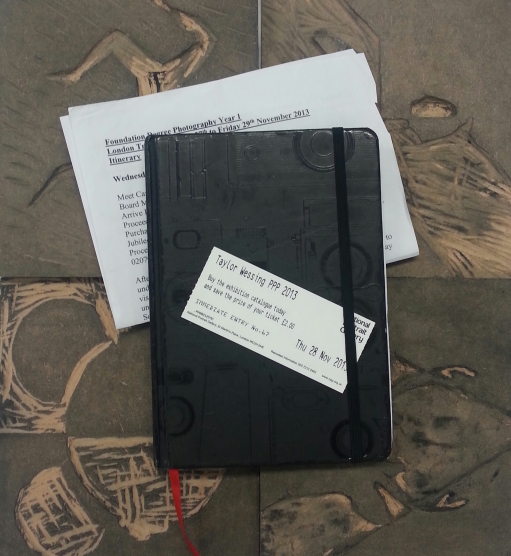 Then we visited the Photographers’ Gallery.
There was an exhibition by Jacques Henri Lartigue called Bibi. This featured his works from the 20’s and 30’s. Of particular interest to me was a series of strereographic images what were set up as an installation space.

After the Photographers’ Gallery we were given a few hours to ourselves so that we could explore London of our own accord. Glenn, Jackie Lee, and I went to Carnaby Street in order to visit the Drop Dead store. 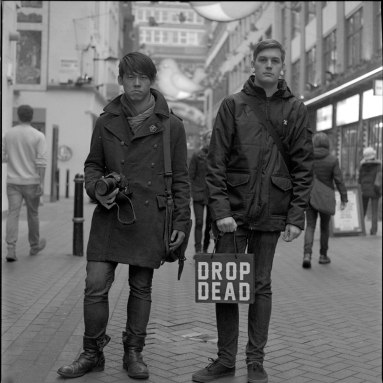 Following our little break, we then had to meet up with the group at the Victoria & Albert Museum.

The Victoria and Albert Museum (often abbreviated as the V&A), London, is the world’s largest museum of decorative arts and design, housing a permanent collection of over 4.5 million objects. It was founded in 1852 and named after Queen Victoria and Prince Albert.

The museum itself is something to behold. While roaming the exhibits we discovered some examples of early photography including an early photographic book and an original Daguerrotype, complete with its leather and velvet case. Theres is nothing quite like seeing a daguerrotype in person, the tonality just cannot be touched by any digital replication.

Another room held contemporary and modern photographer, more surrealist art than my own preference. The works of Xing Danwen were interesting pieces.

After we left the V&A we did a little more sightseeing around he city while it was still daylight.

After getting back to the hostel, we received a phone call from the fine art students who were staying in soho. After a quick freshen up, three of us made our way into London on the tube to meet up with them.
We had a good time in the local bars. Was a really nice way to end the visit.

Our last day pretty much consisted of getting home. We had an early start. Followed by a commute on the tube during he morning rush hour to get to Victoria coach station. 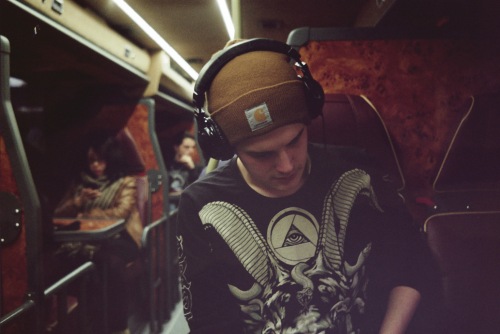 Upon arriving at Victoria coach station we had to wait as the coach was delayed. However, this worked to our advantage as we ended up having the luxury bus home, with complimentary food and refreshments.

Upon arriving back in Cardiff a few of us didn’t feel quite ready to go back home yet. So, as we were still in the tourist spirit we decided to stay in Cardiff to have lunch and then take a walk around our own city. I even got to fulfil my wish of having a photo with the T.A.R.D.I.S.